The philosophy of “Nindo”

When you hear that everyone is a ninja or ninjutsu, what kind of things do you think of? You might think of ninja fighting in the dark and ninjutsu attacking enemies. Many of the images of ninja and ninjutsu are in the misunderstanding that was influenced by creative works.

The meaning of Ninjutsu is “和 (harmony)”. What is necessary to realize that “和” is  the “忍 (patience)” of perseverance.

At the present age, we will cause conflict at times due to differences in culture, language, thought and so on. The reason for this conflict arises from what can not be tolerated by anything. If you wear the spirit of “忍” and you endure little by little to each other, as a result everyone can make friends.

If each person wears the spirit of “shinobi”, it brings peace to the world. We believe that this is “Nindo (NINDO)”.

NINDO’s philosophy is “to create harmony by perseverance”. In modern times, the spirit of “Shinobi” is necessary. 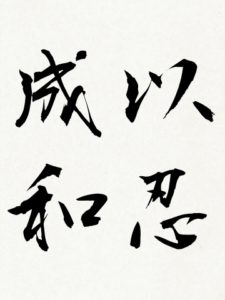 The origin of Ninjutsu is closely related to the climate and spirituality unique to Japan.

As an ancient Japanese changed from a hunting-based life to an agricultural settlement life, a “mura” society for living together on the same land was formed. Of course, it is inevitable that you put up with what you think and cooperate with everyone.

In addition, in the harsh environment of the four seasons and natural disasters, always looking to the surroundings and making thoughts around, we were asked to respond flexibly to things. On the other hand, there are also instincts contending for humans, so there were various fights between close “mura” society and “mura” society.

What is necessary to have advantages without hurting each other as much as possible? It was wisdom and skill to control opponents with minimal power, such as information gathering ability to explore opponent’s weak points.

Long ago, in the village of the ninja represented by Iga and Koka, there is no daimyo who defends themselves and it is forced to exist self-prosperity. It was Iga and Koka’s Ninjutsu that developed for this reason and it was the basis of Japanese people.

In this way, “ninjutsu” was raised to “total survival skill” as wisdom to maintain peace of mura and spirituality to wage harmony are accumulated in the Japanese, avoiding fighting.

The essence of Ninjutsu is not to fight, to know yourself in order to live in harmony, to know the other party, and to “make a gap without missing opportunities”. To that end, self-discipline and patience that does not move even if there is anything is necessary. If there is a ”忍”  spilit to each other, “和” is born in everything. In “Nindo”, we will learn from that of “Ninjutsu” such as “patience” and “how to catch the minds of people”. What we have learned in “Nindo” aims to be able to make use of it in this modern society as a way to deal with the friction that occurs in communities such as schools and companies.

The curriculum of [Nindo] is based on the ninjutsu written by the Edo period left by the ninja’s predecessors. In addition, “martial art” is not handled in “Nindo”. Ninjutsu is often regarded as martial arts, but martial arts are an indispensable thing for ninja, but it is clearly different from ninjutsu. In “Nindo” we will train the skill and spirit of Ninjutsu. Whether there is a martial arts knowledge in the ascent examination is subject to judgment, but we are thinking that each person will learn martial arts of their choice at various martial art dojo.

From now on I would like to protect the heart that was inherited to Japanese people through Ninjutsu and to contribute to peace of mind of many people and peace of the world by letting foreign people know through “Nindo” hoping.

“Nindo” supervision team as the advisor of Japan Ninja Council 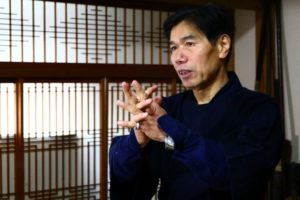 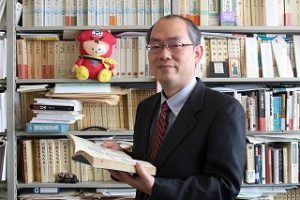